Ibnu Jarir Ath-Thabari he is one of the mufassir scholrs who handed dwon the verse of the Quran using the Bil Ma’stur method (interpreting the verse with periwayatan). He sendiai manpret the Al Baqarah verse 256 with the periwayatan path, both from the hadist and the mufassirin before, in lafadz “there is no complusion to (enter) Islam as someone is not forced to convert to Islam, the latters Alif and Lam actually entered lafadz to clarify the lafadz that Allah intended in his word there is no complusiaon to enter it, nemely Islam. And bloch Came in. Alif and Lam as a subtitute for the latter ha wich was hidden in the lafadz call, than the meaning the verse when Allah is haigh and great, there is no compulistion to enter His religion, in fact the ruth is clear from the wrong path. In my opinion, this opinion is more concred with verse revelation, in Lafadz uall the most apropriate opinio about the meaning in my opinion is, that every person who was adultery with Allah, then mean worshiping other than him, sometimes by forcing others for worship him, sometime people on the basis ofthe  willingness of the those who worship themselves. The wor ship was also in the form of humans, ghost, statuse, idols, and others. 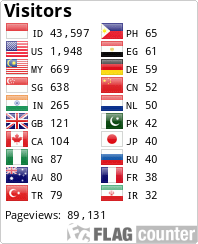