In the Islamic marriage contract, dowry is one of the most important aspects related to the continuity of the marriage. In reality, Muslim communities who carry out marriage contracts have different traditions regarding the implementation of payments and dowry holders. Some make dowry mandatory, place it with very valuable values ​​and guarantees for the woman, so that the payment must be made in cash at the time of the contract. Some also make their family or guardian the right holder of the dowry. However, some others place the dowry as only one of the conditions and complements in the contract, so that the payment does not have to be in cash at the time of the contract, and makes it the wife's property. In particular, this article provides an insight into how the dowry is reviewed in Islamic marriage law, and how the payment is made and who should have the rights to the dowry. Using a qualitative library research approach, this article examines written documents that specifically relate to dowries and jurist views on this matter. The results showed that the implementation of dowry payment in an Islamic marriage can be done in two ways, namely in cash at the time of the contract, and by credit (debt) after the contract. Meanwhile, based on the provisions of Islamic marriage law, the dowry is the property of the wife, and under certain conditions, the guardian or family party is the holder of the dowry.

This work is licensed under a Creative Commons Attribution-NonCommercial-ShareAlike 4.0 International License. 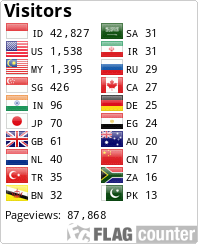